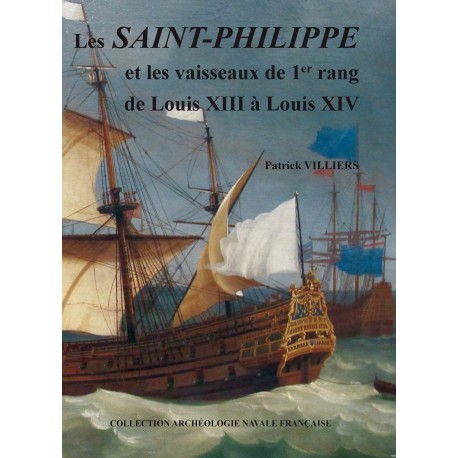 They are eleven first rank and 22 second rank in 1672.
Available

They were named Sovereign of the Seas, Couronne, Vasa, Soleil Royal, Beverode, Seven Provincien, Royal Prince, Fier, Saint-Philippe or Pompeux, etc..  Classified as off-rate, first-rate or second-rate depending upon the era and armed with 70 to 110 guns, they were intended as flagships to squadrons or fleets.  Why were they built? Who were the shipwright builders?  What were there cost and the difficulties in building them?  While the original concept of first-rate vessels belongs to the British, Louis XIV gave the French Navy its first flagship, the first Saint-Philippe (1663-1692) that was soon joined by the Soleil Royal, La Reine, le Saint-Esprit and the Pompeux.  There were eleven first-rates and twenty-two second-rates in 1672, 26 first-rates and thirty second-rates in 1693, sailing the Mediterranean as well as the North seas.  As the backbone of Louis XIV’s navy, did they hold to their promise?  Forgetting the victories at Béveziers (Pevensay) and Barfleur, the memory is mostly of the vessels that were burned down at La Hougue.  The study of the two Saint-Philippe’s revises this vision of Louis XIV’s navy.  Also built at Toulon, the second Saint-Philippe (1693-1712), Admiral Tourville’s flagship in 1694 and Vice-admiral d’Estrées’ in 1701 and 1702, earned fame along with the other first-rates at the battle of Velez-Malaga in 1704 before she played a decisive role at the siege of Toulon along with her sister ship Tonnant.

Leaning upon an often unpublished iconography from the great European museums and upon original archives Patrick Villiers, Professor Emeritus of maritime history, five times a laureate of the Academy of Marine, offers us a fresh look on the naval confrontations between France, Great Britain, the Low Countries and Spain from the 1630s to the Treaty of Utrecht, with commentaries about naval architecture as well as about the role of crews, naval battles, the casting of 24-pounder and then 36-pounder guns, seen through the prism of these marvellous flagships.

MAKE-UP OF THE BOOK

Ch. 1   The French Navy from Richelieu to Mazarin and the birth of vessels of the first rate

Ch. 2   The first-rate vessels  in the face of the new stakes in the fight against Spain in the first Anglo-Dutch war;

Ch. 5   The Saint-Philippe and first-rate vessels  from 1678 to Béveziers and La Hougue.