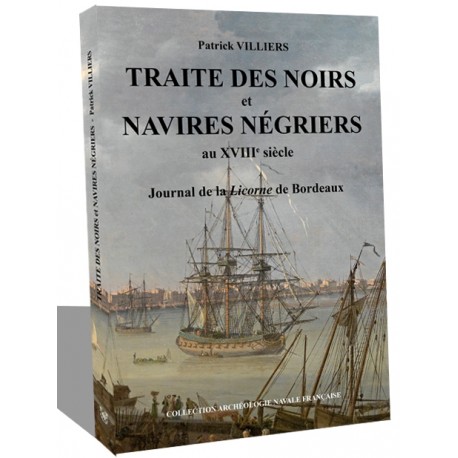 SLAVE TRADE and SLAVE SHIPS in the XVIIIth century

They were named Licorne, Marie-Séraphique, Olympe, Aurore and Artibonite.  They were sailing the Indian Ocean or the Atlantic to the Antilles to supply France, and the European ports, with these colonial products, which consumption was growing in the cities.  But human cargo was piling up high between decks and on deck for the production of these indispensable new riches.

From 1595 to 1866, no less than 27 235 European slave ship expeditions were launched across the Atlantic: of all these expeditions, 3 343 were attributed to French vessels.

What was the slave ship like, how was a slave trade campaign organized, what were the routes followed and the trading sites used, what were the composition and the importance of the cargo to trade and why were there so many weapons to trade?

Patrick Villiers, distinguished university professor in maritime history, five-time prizewinner of the “Académie de Marine”, brings us a few answers supported by archival documents.  Slave trade journals are exceedingly rare.  The commented publication of the ship log of the Licorne from Bordeaux, which departed for Mozambique in 1788, allows us to further our knowledge in this traffic of human beings, who’s only fault was to have a black skin.

COMPOSITION OF THIS WORK

I- The slave trade in the XVIIIth century, a commerce like all others, blessed by the church and encouraged by the Kingdom, but so vital to our colonies.

II- The French trade in the XVIIIth century, through the example of the port of Nantes.

IV- Trading sites in Africa, from the Atlantic coast to the Mozambique canal.

VIII- Trade of Blacks and guns for the trade: the French case.

List of ships that left from Bordeaux in 1787 for the Antilles, the African coast, the Isle of France and Mozambique.

Olympe, three-mast slave ship from Nantes, 1789-1793, 300 tons, built in Nantes, armed for the Antilles and as a slave ship to Mozambique.