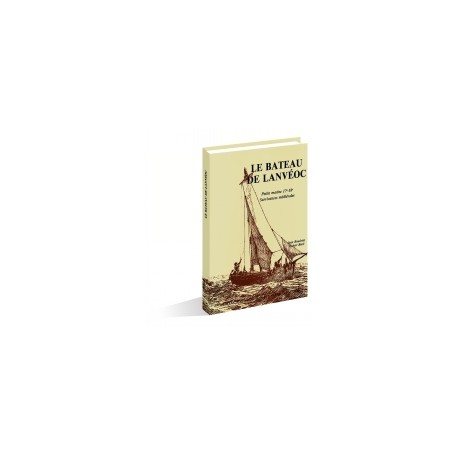 The little navy in the XVII and XVIIIth centuries Relics of the Middle Ages with five plates at 1:36 scale and one plate at 1:40 scale Including all plans of the timber works

This monograph presents the "little navy" in France during the Ancien Régime. We owe this knowledge to a modest little craft, called the Bateau de Lanvéoc, which devoted itself to ferry traffic in the broad roadstead of Brest. The monograph of this small ferry boat also represents the full extent of its activities in the harbor, illustrated by Pierre Ozanne's drawings done in the last decade of the XVIIIth century which we have collected for you in this volume.
Thanks to the builders' manuscripts by B. Ollivier and especially Morineau, the shape of the hull is known and P.-A.-L. Forfait's tables establish its rigging rules. With this knowledge of the "primitive formula" for the ship - a single mast and square sail - we are able to describe the progressive evolution of the ship into the Breton two-master.
In turn this allows us to understand the value of the Album of 1679 (also called the Jouve Album) which is devoted to the little navy of the Atlantic seaboard from Bayonne to Nantes.
We offer the most significant information from this album which is preserved in the Bibliothèque Nationale (the French National Library).
Lastly, samples of medieval iconography are proof that it is possible to undertake a study of the ships of that period based on the information garnered on the Lanvéoc ferry, an exceptional relic that survived from the Middle Ages into the first half of the XIXth century in the harbor of Brest.
The monograph section includes six double plates with commentary that allow for a model fitted out with its timbers to be built at 1:36 scale. These plates are bound within the volume. A second set of plates is also offered separately.

- A description of the Bateau de Lanvéoc
- The ferry in the roadstead of Brest, a single square-sailed ship
- Illustrated sources, the Album of 1679, Ozanne's drawings
- The basic formula of a two masted ship
- The single mast, a medieval representation
- Photographs with commentary of the model in the Musée de la Marine (The French Naval Museum in Paris)
- Bound plates